From the floor of the exhibition room thousands of images pile up under the white light of a very powerful projector. Printed through a degradation of monochrome ink, the closer they are to the light, the whiter and the more invisible the images become. The images depict a still from the film La Commune (2000) by Peter Watkins.

the invisible cities 3. the spark (Vincennes 2008) 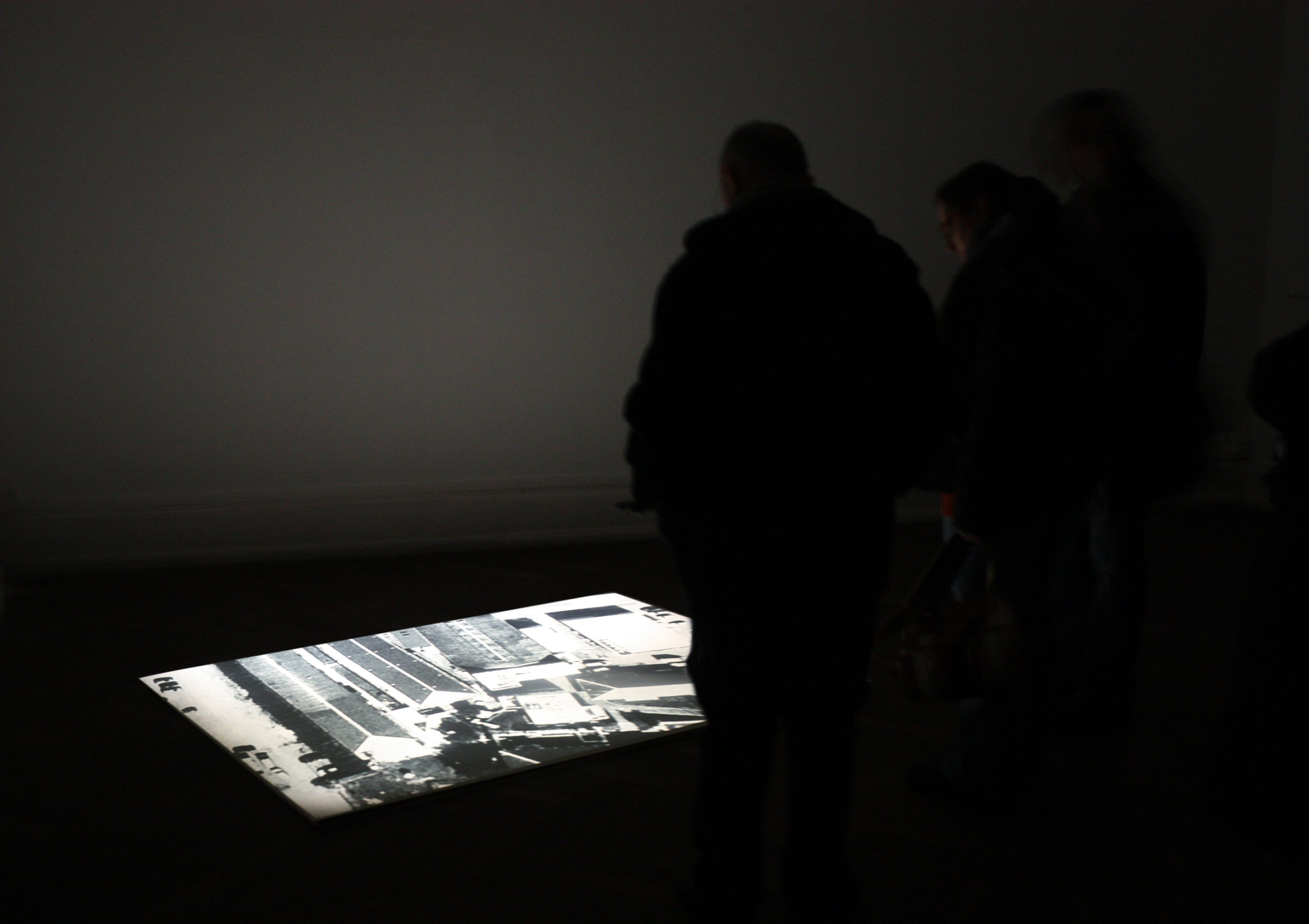 A series of slides is projected onto a horizontal fluorescent surface, placed at ground level in a completely dark room. In their fleetingness, the images impregnate the screen, juxtaposing over one another, each interweaving itself with the prints of the previous ones. Ghost-like images, apparitions that reactivate a memory and which then, as they disappear, summon others. The slides represent a sequence of air views from a long angle shot of the Administrative Holding Centre of Vincennes (one of the 39 centres in France where immigrants are held in irregular conditions). On June 22 2008, a fire provoked by the detainees considerably destroyed this centre.